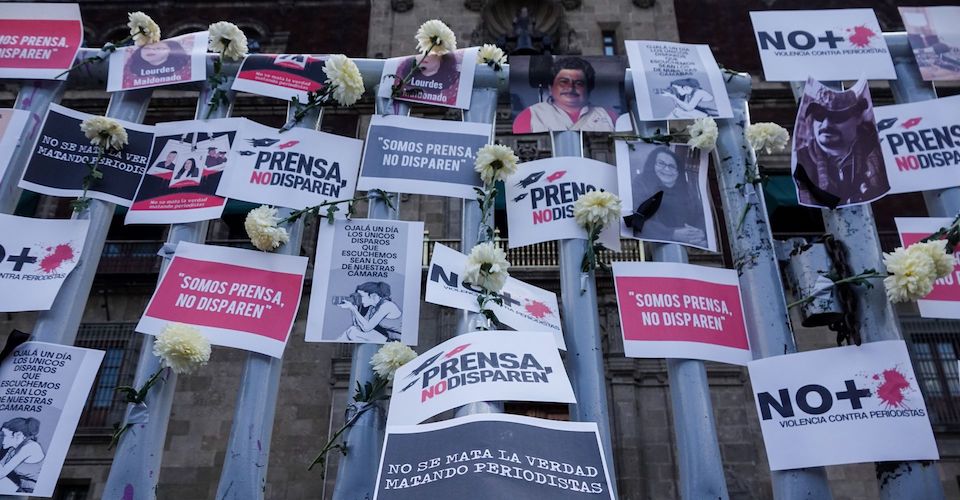 According to Human Rights Watch, fundamental freedoms suffered setbacks across the region

On January 13, the CSO presented its annual report in which it points out that Human Rights and fundamental freedoms have suffered significant setbacks in Latin America and the Caribbean during the year 2021. Among the main problems at the regional level are the deterioration of detention conditions in prisons, the constant abuses by security forces, the lack of independence of the judiciary, the increase in episodes of repression in social protests and the repeated violations of freedom of expression and press freedom. The following is a detailed analysis of the situation in each of the Latin American countries.

The poor conditions of detention in the penitentiary system and the constant abuses by the security forces; the inconsistet foreign policy with respect to Venezuela and Nicaragua; the lack of independence of the Judiciary and the impunity for the terrorist attack on the AMIA (which occurred in 1994); and the “endemic violence” against women are highlighted. Finally, with regard to freedom of expression, the report targets high authorities, including President Alberto Fernandez, for having used hostile rhetoric against independent journalists, accusing them of spreading fake news on issues of public interest, as in the case of irregularities in the distribution of Covid-19 vaccines.

The country is experiencing a critical situation in terms of the independence of the judiciary; episodes of violence and abuse in protest situations are increasingly frequent, as are violations of freedom of expression and access to information. On the other hand, the worsening of detention conditions in prisons, the violation of the rights of indigenous people, women and girls, and the existence of situations of discrimination based on sexual orientation were also noted. Finally, the report highlights that the National Press Association denounced several cases of police violence during which they were ignored by the Government.

The report refers to President Jair Bolsonaro as a threat to the democratic regime for his attempt to undermine confidence in the electoral system, freedom of expression and judicial independence. Secondly, the report notes that police killings peaked during the current government and that 80% of the cases involved black people. Finally, with regard to freedom of expression, the report stresses that the government has persecuted at least 17 critics, even using a military-era National Security Law – repealed in 2021.

The country faces important challenges in terms of human rights, on the one hand, those related to detention conditions in prisons, and on the other hand, the constant abuses of the rights of migrants, refugees, women, children, indigenous peoples and the LGBT community. Regarding the rights of migrants and refugees, the situation is particularly worrisome since in April 2021 the Chilean Congress passed a law, which although not yet regulated, allows authorities to issue immediate deportation orders without supporting evidence against those subjects who have crossed the border or are trying to cross it, which violates due process.

Despite the 2016 peace agreement, episodes of violence escalated during 2021, and serious abuses have been recorded at the hands of the National Liberation Army (ELN in Spanish), dissident sectors of the FARC and paramilitary groups. In addition, the situation of human rights defenders, journalists, indigenous and Afro-Colombian leaders and other community activists is critical, as they face daily episodes of violence and death threats. The report also highlights the numerous episodes of repression and excessive use of force that occurred in the context of the protests that took place throughout 2021 and which sparked public debate about the regulations governing their actions.

Concerns continue to be expressed regarding the poor conditions in prisons, especially after the violent episodes and riots that took place during the last year. The report also pointed to the indiscriminate use of force by security forces and the limited protection of the rights of refugees as some of the most important problems in the country’s reality. Finally, with regard to the judicial system, the report focuses on the interference of the Executive Branch in the investigation of corruption cases, which leads to non-compliance with due process and unjustified delays.

The report notes that in 2021, President Nayib Bukele’s autocratic tendencies were consolidated, especially since obtaining a majority in the Legislative Assembly. Since then, systematic attacks on the Judiciary and journalism critical of the government became frequent, accused of disseminating false news and serving political interests. At the same time, the report notes that abuses by the government often go unpunished. Finally, the document mentions that restrictions on access to public information by the Bukele administration are also frequent.

The report describes events that throughout 2021 compromised the independence of the Judiciary, such as numerous acts of corruption, delays in the appointment of judges, the refusal of Congress to swear in the president of the Constitutional Court, and the displacement of the head of the Special Prosecutor’s Office against Impunity. On the other hand, violence against journalists and human rights defenders are issues of concern. In terms of freedom of expression, the report notes that the government of Alejandro Giammattei verbally attacked journalists and imposed restrictions on the press, limiting access to public information during the pandemic, and that investigations into threats, attacks and murders of journalists have not progressed. Finally, the report notes that civic space has been threatened since the entry into force, in June 2021, of the law that empowers the government to cancel the legal status of civil society organizations when it considers that they “disturb public order”.

The report notes that the judiciary and the police have not been ineffective in combating organized crime and that crimes against journalists and human rights defenders continue to increase. Since 2010, 42 journalists have been murdered, and, therefore, the Mechanism for the Protection of Journalists, Human Rights Defenders and Judicial Operators created in 2015 has been ineffective in addressing this problem. Finally, the report highlights the lack of independence of the Judicial Branch, especially after the departure of the Support Mission against Corruption and Impunity in Honduras (MACCIH in Spanish) in January 2020.

The report notes that during the government of Andrés Manuel López Obrador (AMLO) human rights violations have persisted, especially extrajudicial killings and attacks on journalists and social activists, despite the militarization of internal security with the creation of the National Guard. In terms of freedom of expression, the report highlights the cases of journalists who, because of their investigations on public officials or who exposed crimes of criminal cartels, had to face attacks, harassment and espionage by authorities. In addition, coordination problems were identified in the application of the Mechanism for the Protection of Human Rights Defenders and Journalists (established in 2012), which resulted in the death of 6 journalists who were under the protection of the program.

In order to secure his fourth term in office, President Daniel Ortega promoted a series of measures to dissuade critics and limit political participation in the elections. Thus, an electoral reform was approved -which allowed the government absolute control of the elections- and 7 presidential candidates and 32 government critics were arbitrarily detained. At the same time, abuses by government forces against detained dissidents were denounced. Secondly, the report notes that during 2021 persistent problems in the country deepened, such as continued restrictions on freedom of expression and association. On the one hand, attacks on human rights defenders, journalists and media outlets have been frequent, which have been the target of death threats, aggressions, intimidation, harassment, surveillance, online smear campaigns and persecution. On the other hand, the civic space has been severely harassed in the last year, through the cancellation of the legal status of CSOs and the suspension of their activities, especially after the approval of the Foreign Agents Law.

In 2021, abuses by security forces, threats to freedom of expression and violence against women were some of the most worrying issues of human rights violations. Regarding the electoral process, the report highlights that members of the National Jury of Elections and other authorities were harassed during the campaign and the counting of votes. On the other hand, it reports on the accusations made by the opposition candidate, Keiko Fujimori, and her interference with the public with the intention of delegitimizing the presidential elections in which her adversary, Pedro Castillo, won. Finally, the report highlighted the repeated threats to freedom of expression and freedom of the press during Castillo’s administration.

The report highlights that during 2021 the security forces of the government of Nicolás Maduro were accused of extrajudicial executions and forced disappearances. It also mentions the frequent imprisonment of opposition politicians, trials of civilians in military courts, episodes of torture and inhumane treatment of detainees and repression of social protests. The report highlights that judicial authorities have participated or have been complicit in these serious violations of fundamental rights. Finally, the report denounces irregularities during the November 2021 elections, such as the arbitrary disqualification of opposition politicians, the control of the media by the state and the lack of judicial independence.