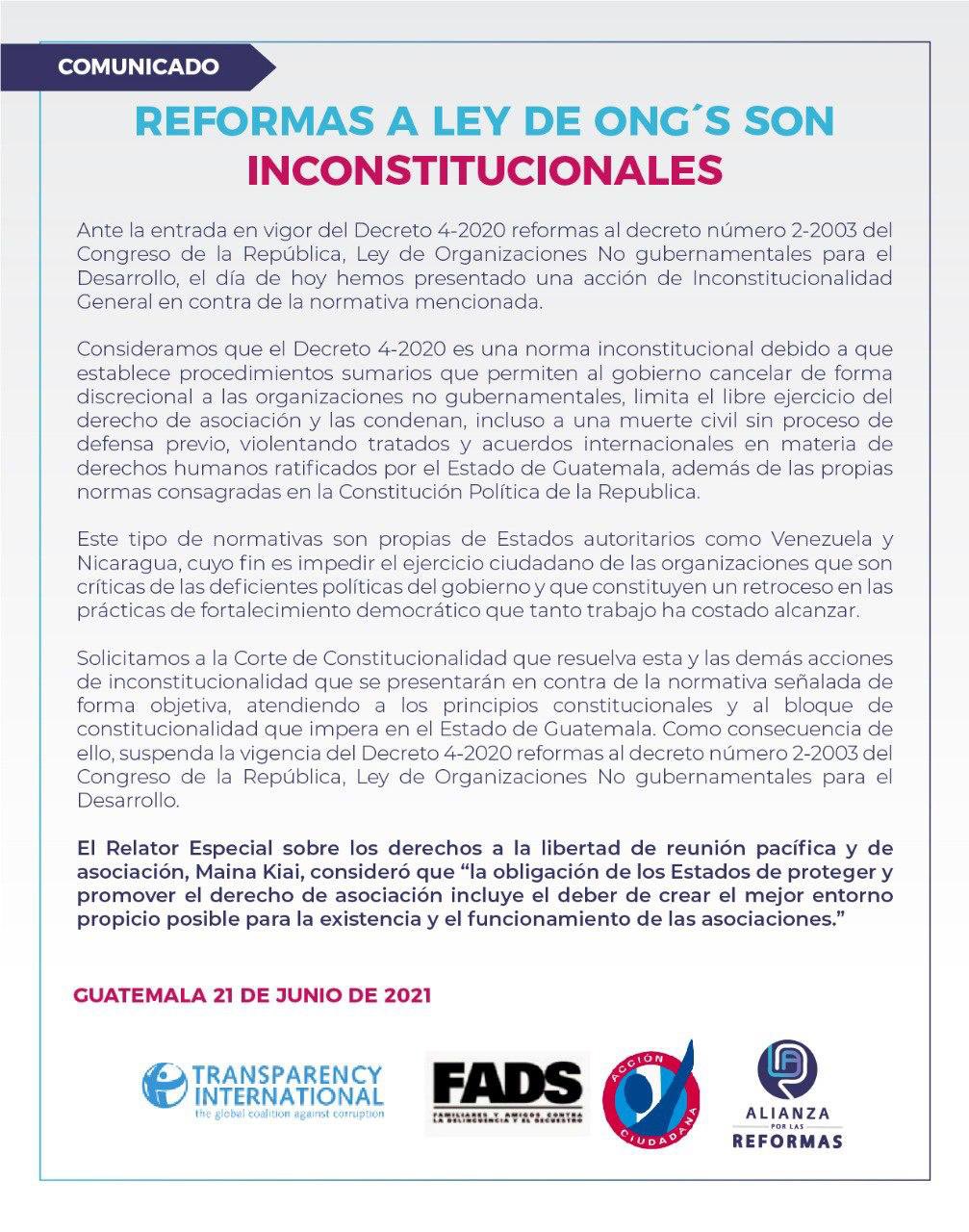 After over a year of being suspended, contentious reforms to the Law of NGOs came into effect

The effective date of the reform was announced by the Constitutional Court (CC) after a June 14 ruling in which it rejected the request for clarification and extension filed by the Myrna Mack Foundation. This was the last remaining appeal. The law allows the government to dissolve NGOs that “disturb public order”.

The local organizations Alianza por las Reformas and Acción Ciudadana filed an appeal of unconstitutionality arguing that the law “establishes summary procedures that allow the government to cancel in a discretionary manner non-governmental organizations” and “limits the free exercise of the right of association”. The Human Rights Ombudsman’s Office (PDH in Spanish) filed another appeal in the same sense.

The scope of the law was rejected by Human Rights Watch, and even by the United States government during the recent visit to the country of Vice President Kamala Harris. Experts from the United Nations and the Organization of American States (OAS) maintain that the provisions “could be used to criminalize human rights defenders and civil society in general”.

If the lawsuits are unsuccessful, the organizations have already anticipated that they will appeal to the Inter-American Court of Human Rights.