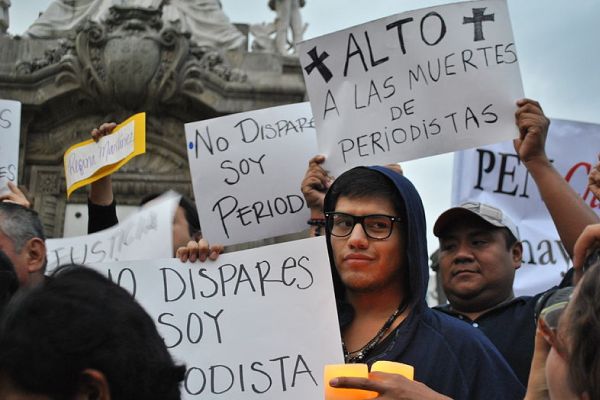 At the end of September, the Committee for the Interior and Population, presided over by the ruling party deputy Rocío Barrera, passed a bill that would strengthen the Law for the Protection of Human Rights Defenders and Journalists, through the application of Integral Protection Plans. Hundreds of reports of murder or disappearance in recent years make Mexico one of the most perilous countries for journalists today.

Addressing the bill, Deputy Barrera said it “articulates institutional efforts and establishes concrete faculties, obligations and competencies that are urgently needed to protect the exercise of journalism, freedom of expression and the defense and promotion of human rights”. However, opposition deputy Jorge Espadas questioned the government’s position, indicating that it has yet to analyze how the mechanism will operate and what economic resources it will have for its operation.

The Mexican government has come in for criticism over its defence of journalists and human rights defenders, with Amnesty International saying its “declarations contribute to creating a hostile environment for those practicing journalism and in the media”. The bill is likely to be analyzed by the Human Rights Committee before it arrives on the Chamber of Deputies floor.