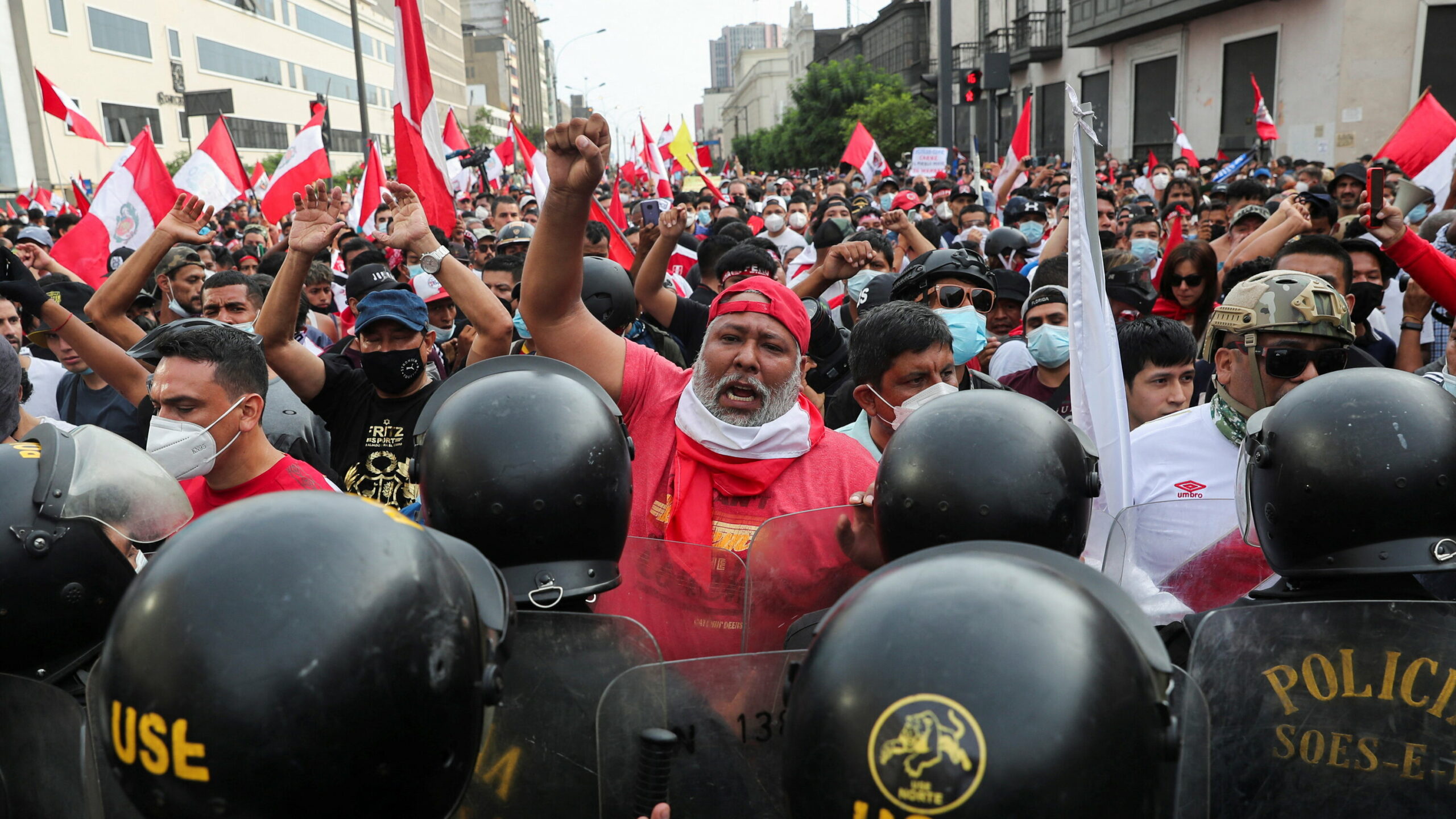 Insecurity: the trigger for the declaration of a state of emergency in Peru and Ecuador

The internal commotion in some regions of Ecuador and Peru was the excuse used by the governments of Pedro Castillo and Guillermo Lasso to justify further declarations of emergency. In Peru, it affects the cities of Lima and Callao, the VRAEM area, the Ucayali region and the mining areas of Apurimac. For Ecuador, the move covers the provinces of Guayas, Manabí and Esmeraldas. In some parts, the state of emergency is already an almost permanent situation.

When the use of emergency resources ceases to be an exception, it is inevitable to ask why and in what situations it is being used. The declaration of a state of exception normally carries a suspension of rights and guarantees (freedom of movement, peaceful assembly or association, etc) and/or the deployment of the armed forces to restore order.

Although the state’s capacity to enforce a state of emergency (for example, to militarize a territory or carry out systematic searches) has not always proven to be effective, it is no less necessary to ask whether these declarations are also being used to deal with situations of social conflict. To begin with, let us look at what is happening in the Andean region.

In Peru, to begin with, Metropolitan Lima and the Callao region have been under an emergency declaration since February of this year due to insecurity caused by “common criminals” and “organized gangs”. At the beginning of May, the declaration was extended for 45 days, which basically means that constitutional rights related to the inviolability of someone’s private abode, freedom of movement, freedom of assembly and personal liberty and security are and will continue to be suspended.

Until June (at least) eight provinces of the regions of Junin, Ayacucho, Cusco and Huancavelica will be under the same regime, due to the actions of “terrorist groups or cells”. The inescapable fact here is that the VRAEM Zone (an acronym for Valley of the Apurimac, Ene and Mantaro Rivers in Spanish) has been in emergency since 2016, with declarations that are extended punctually every 60 days, but without a horizon of termination, let alone resolution of the problem that justifies its validity.

The list does not end here. The provinces of Coronel Portillo, Atalaya, Padre Abad and Purús in the Amazon region of Ucayali (in a state of emergency since the beginning of May for internal order and security reasons), Mariscal Nieto and Apurímac and the territory of the Las Bambas mine in the department of Apurímac (as of the end of April) must still be added. It is worth noting that in the case of the last three, these are mining regions where there were protests against extractive companies, another usual reason for declaring an exception. Protests were also the trigger for the state of emergency of the National Road Network at the beginning of April, in this case motivated by the increase in fuel prices.

With respect to Ecuador, the very serious prison crisis, which over the last year has left approximately 400 prisoners dead, is perhaps the most sinister symptom of a broader problem involving the actions of cartels and organized criminal groups. Since its outbreak, the government has resorted to declaring a state of emergency on several occasions. It began at the end of September with a decree of penitentiary emergency, but shortly thereafter it was followed by the declaration of a state of exception covering the entire national territory for 60 days. The last measure, at the end of April, affects the provinces of Guayas, Manabí and Esmeraldas for a period of 2 months.

But what does it mean for the civic space? Why do we raise these issues from the civic agenda? We cannot stress this enough: the controlled and temporary use of emergency measures in exceptional circumstances is compatible with the constitutions of the region. However, it cannot and should not become a “government technique” (G. Agamben, “State of Exception”). We do not question the seriousness of the conditions but the seriousness of the means (means that also seem to be insufficient to address the problems) and even more so when they imply the suspension of rights and guarantees for an indefinite period of time.