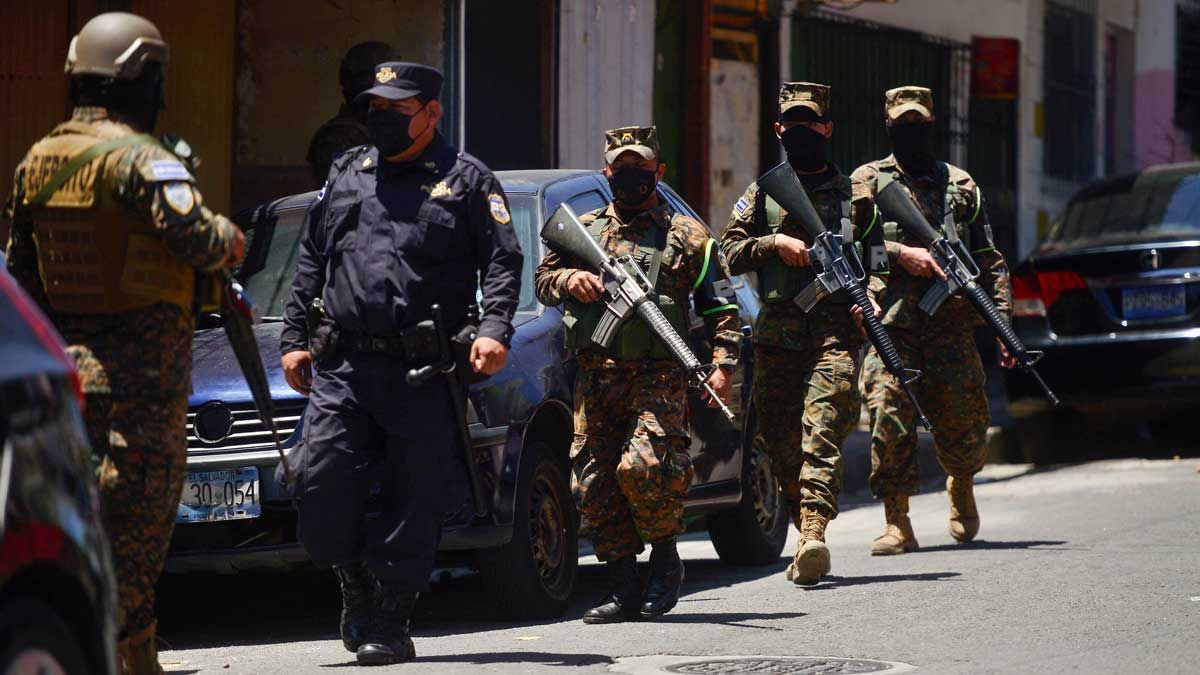 On March 27, the Legislative Assembly, with a ruling party majority, declared the beginning of the regime of exception throughout the national territory for a period of 30 days. The measure was approved, with 67 votes in favor, during an extraordinary session after the President, Nayib Bukele, urged the parliament to take immediate action in response to a surge in gang related violence. The decree states that the measure derives from “serious disturbances to public order by criminal groups”, after the country registered one of the highest homicide rates for a single day on 25 March. The number of arrests made since then has already passed 5,000.

During the state of emergency, freedoms of assembly and association are suspended, as is the secrecy of correspondence, with communications now liable to be intercepted without the need for a court order. It also lessons obligations to provide information on the motives of arrests; removes guarantees of due process, such as the right to access a defense attorney; extends the period for which individuals can be detained; and widens the power of the security forces including the police and military in order to “reestablish order and citizen security, and territorial control”.

The measure was criticized by international organizations and by many Salvadorans concerned over the suspension of fundamental rights and potential police driven crackdowns. For its part, the Inter-American Commission on Human Rights (IACHR) expressed concern over the abuse of power against persons stripped of their liberty. This comes after it was reported that, since December last year, judges have lost access to the Penitentiary Information System (SIPE in Spanish) which makes it impossible for them to detect irregularities committed in detention centers. Amid this, there have been reports of violations of human rights such as denied access to food and personal care. The President even threatened to “totally eliminate food” in prisons if the violence continued to escalate.

Despite the criticism, Bukele justified his decision citing Article 29 of the National Constitution, and the power of the Assembly to declare a state of emergency in the event of serious disturbances to public order. Despite its limited duration, there is a possibility the measure could be extended through a new decree. The rise in violence in the country and the President’s determination to suppress the country’s gangs may lead to the extension of the suspension of constitutional guarantees.

As a means to reinforce the measures, the Executive once again summoned an extraordinary session of the Assembly during which eight bills were approved all aimed at tackling gangs and violence. This included the gangs (or ‘maras’) being classified as terrorist organizations, stiffer punishments for gang members, and raised budget allocations for Defense equipment spending and for the Anti-terrorist Program of the Ministry of Justice and Public Security

Meanwhile, during the ordinary session of April 5, Bukele introduced new reforms to the Penal Code and modifications to the gang prohibition law, which penalize, with 10 to 15 years in prison, the dissemination of messages alluding to criminal groups through both written and digital media. The initiatives were approved quickly and without discussion and are already in force. Civil society and the Association of Journalists of El Salvador (APES in Spanish) were quick to label this law as “a gag on freedom of the press and freedom of expression”. Also, Amnesty International pointed out the “hindering of journalism” and the Inter American Press Association (IAPA), the “criminalization” of the press.