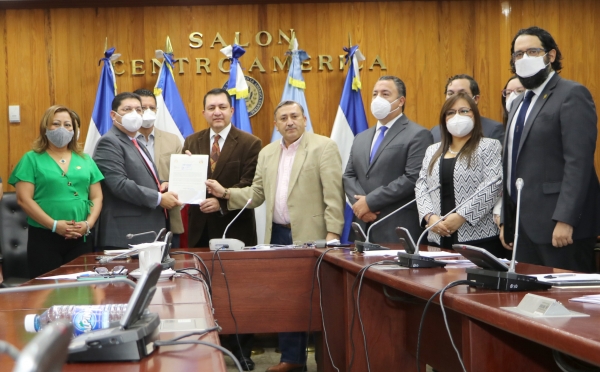 The Court of Accounts of the Republic (CCR, in Spanish), together with civil society organizations, are promoting a series of reforms to strengthen the role of the CCR as auditor of all entities -public or private- that manage state funds and in the application of sanctions against officials who hinder access to information.

This initiative arises in the context of the controversies raised by the lack of transparency in the execution of resources by the Executive Branch. Among them, those surrounding the creation of Diario El Salvador, an official media which, having been constituted as a corporation, is outside the control and supervision system of the CCR.

As part of these actions, on February 3, the Assembly decided to request the Attorney General of the Republic to determine “the origin of the funds with which media tools of the Executive Branch are being financed”, under the premise that the Budget Law 2021 explicitly prohibits the use of public funds to finance, directly or indirectly, operations of corporations, companies or entities, which do not correspond to their functions.

Along the same lines, on February 16, the Assembly introduced three bills prepared by the CCR together with civil society organizations, including the Salvadoran Foundation for Economic and Social Development (FUSADES, in Spanish) and Acción Ciudadana (AC). The first extends the scope of the Court’s oversight to private sector stakeholders and others when they administer or execute public resources, the second extends government audits to Mixed Economy Enterprises, while the third provides for prison sentences for those officials who obstruct oversight efforts. The deliberate hindering of audits was, in fact, denounced by María del Carmen Martínez, magistrate of the CCR, who stated that there are public entities that do not allow the entry of auditors, hinder access to information, deliver it incomplete or untimely.

So far, representatives of the main parties with legislative representation have expressed their support to the bills, which have already been referred to the Committee of Legislation and Constitutional Points, where their treatment will begin. In any case, the prospects of approval could be conditioned by the results of the February 28 elections which will define the composition of the Assembly until 2024.