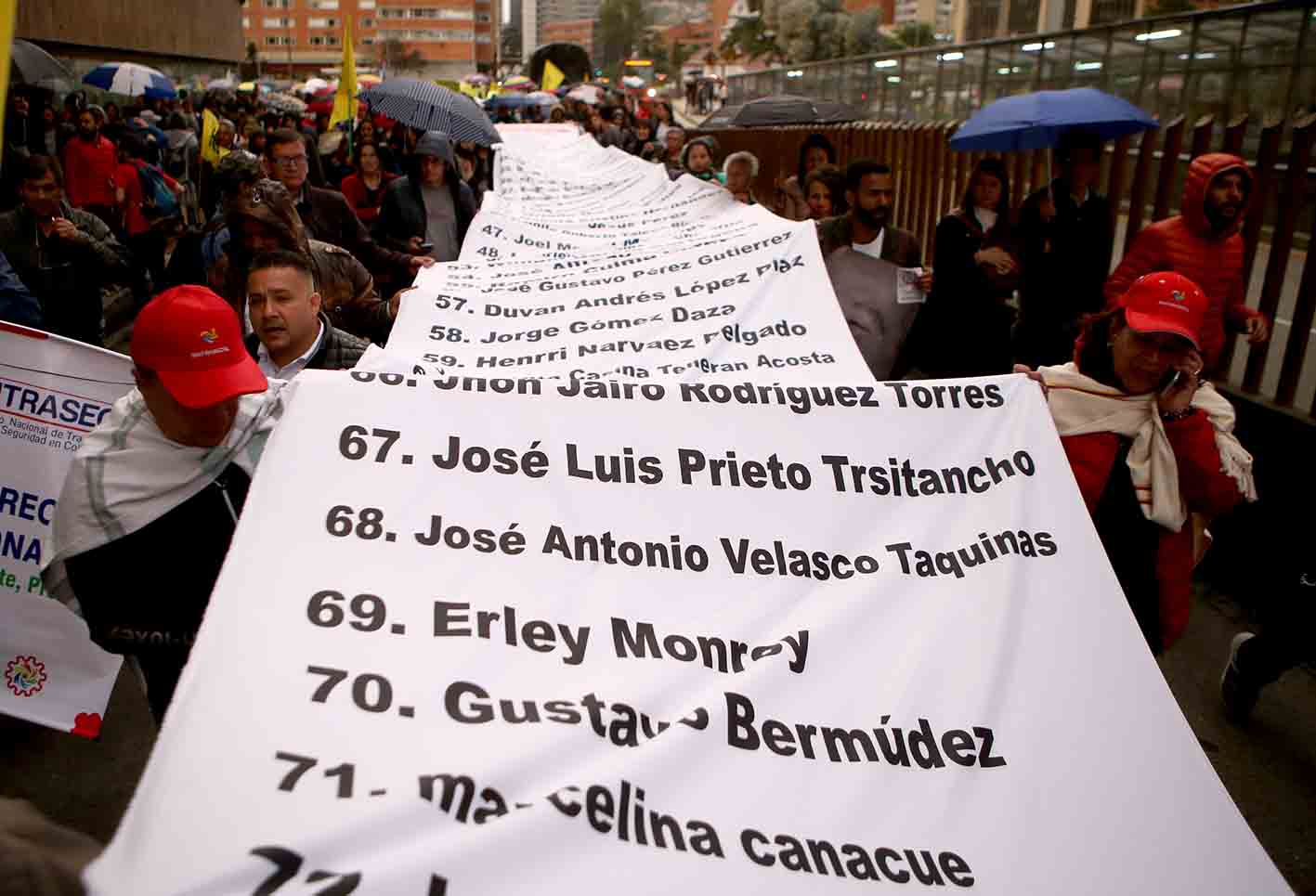 On February 3, President Iván Duque announced that the National Government will unify under the Attorney General’s Office (FGN, in Spanish) the registration of information associated with the murder of social leaders. This means that only the FGN will be able to have officials on the ground to document the circumstances and context of the crimes.

Until now, the collection of this data was the responsibility of the Attorney General’s Office, the General Prosecutor’s Office and the Ombudsman’s Office jointly. Although Duque affirmed that this measure will contribute to increase efficiency in the clarification of crimes and to build indicators with a greater degree of certainty, human rights organizations described it as a step backwards. The Attorney General’s Office has, in fact, less territorial presence than the Ombudsman’s Office and the social organizations.

Opposition congressmen Ángela María Robledo (Colombia Humana) and Iván Cepeda (Polo Democrático), who sent a request for information to the Ombudsman, Carlos Camargo, also expressed themselves along these lines. Cepeda pointed out that “the announcement puts at risk the autonomy and independence of the Ombudsman’s Office, since its task of accompaniment and verification in the most remote territories includes an invaluable humanitarian function”. Robledo added that the unification of the registry will end up making invisible the work of social organizations in the country.

In its latest 2021 report “Unprotected Leaders and Defenseless Communities,” Human Rights Watch described as “slow and deficient” the government’s response to address violence against human rights defenders in the country and recommended deepening institutional coordination when implementing public policies on the matter. Between 2016 and 2020, the OHCHR recorded 116 murders of social leaders.