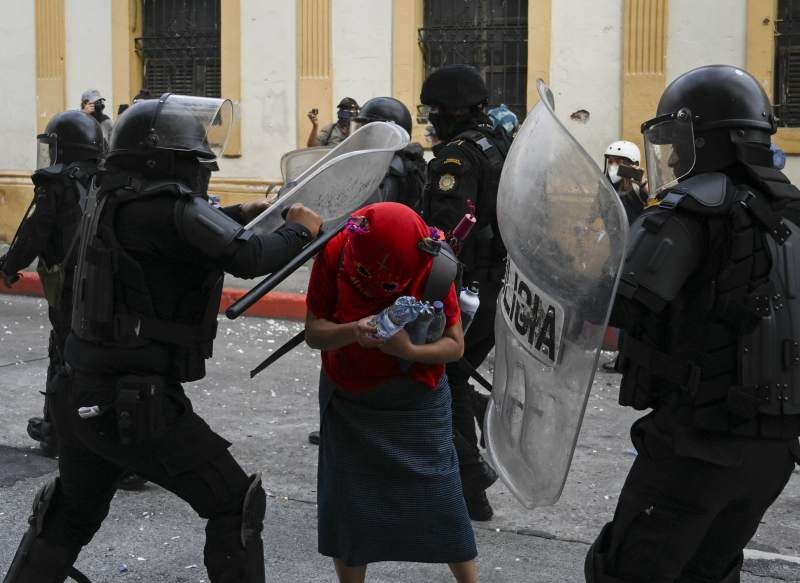 On November 21, thousands of protesters took to the streets to reject the actions of the Executive branch, demanding the resignation of Giammattei and his vice president Guillermo Castillo. Among the main rallying cries were better usage of public funds to deal with the pandemic and opposition to next year’s proposed budget allocations. A minority of protesters vandalized and set fire to the Congress building prompting the PNC to forcefully clamp down on demonstrators, leading to dozens of injuries from rubber bullets and tear gas.

President Giammattei, addressing the events, chose to focus on the acts of vandalism rather than the crackdown. “I insist on people’s right to demonstrate in line with the law. But nor can we allow vandalization of public or private property. Upon whoever is proven to have participated in these criminal acts will fall the full weight of the law”, said President Giammattei through his Twitter account. In the meantime, the Alliance for Reforms, which is made up of 40 social organizations, called for the “immediate removal of Minister Gendri Reyes and the director of the National Civil Police, José Antonio Tzubán, who issued the order to the police to suppress the protesters, and that the Public Ministry initiate a criminal investigation against him ”. This was echoed by the Inter-American Commission on Human Rights (IACHR), which condemned the excessive police violence and urged the country to safeguard the right to peaceful demonstration.

As a result of the strong social unrest, the Board of Directors of Congress announced the suspension of the legislative process of the 2021 Budget, which is to give way to a national dialogue to ensure ‘social order’ by convening different sectors of the country.