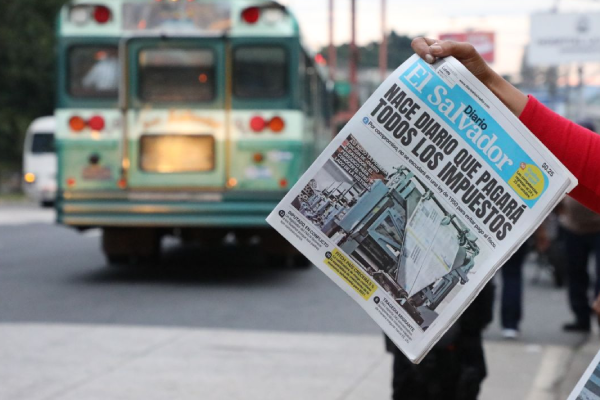 A new public communication tool, not subject to scrutiny

President Nayib Bukele announced on October 19 the release of Diario El Salvador. The new state-run media outlet is being touted as promising readers access to “the other side of the story” through “information provided in a truthful way”. A variety of sectors have expressed concern over the initiative.

In anticipation of the criticism, President Nayib Bukele said on Twitter that Diario El Salvador “will be a state-owned company, will generate jobs, pay taxes and be profitable”. However Factum Magazine, a local investigative periodical, reported that it is actually a corporation, established in March this year and owned predominately by two energy companies. As such, it falls beyond the control and auditing reach of the Court of Accounts of the Republic. Carlos Palomo, a member of the Citizen Observatory to the Court of Accounts, indicated that the nature of these state companies makes them “the perfect option for moving money about without control”, since neither the Government Ethics Court nor the Court of Accounts can supervise how resources are administered within them.

For their part, local media have described the move as an attempt by the government to produce political propaganda under the guise of independent journalism. Pedro Vaca, Special Rapporteur for Freedom of Expression of the Inter-American Commission on Human Rights (IACHR), also expressed his concern. It is necessary to look at the institutional checks and balances to which public media are subject, he said, in order to “avoid them becoming mechanisms of propaganda sponsored with resources from every citizen”.