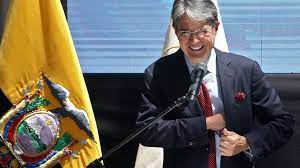 On May 24, just a few hours after taking office, the President of Ecuador, Guillermo Lasso, fulfilled one of his campaign promises: he repealed the regulation of the disputed Organic Law of Communication sanctioned in 2013 and sent to the Legislative Assembly a bill on Free Expression and Communication that would practically replace it.

With the sanction of the new regulation, the Organic Law of Communication will be renamed “Law of Advertising, National Production and Radio Spectrum” and most of its articles will be without effect except those that promote national production in advertising, regulation of state propaganda and the regime of the radio spectrum.

The crime of slander and the contravention of acts detrimental to honor will also be repealed. To this end, he proposes to annul article 182 and numeral 1 of article 396 of the Organic Integral Penal Code (COIP, in Spanish). In this regard, the President stated that criminal law should not be used to “prosecute” controversies arising from freedom of expression.

The repeal of the LOC was well received by the journalistic sector. The National Union of Journalists (UNP, in Spanish) also expressed support for the bill, stating that it is not aimed at “limiting, silencing or impeding” the practice of journalism, while stressing that those who exercise public functions should be subject to greater public scrutiny. However, they requested that the articles corresponding to the protection of communication workers and their labor rights not be repealed.

The jurist Gustavo Chiroboga warned, on the other hand, that with the approval of the bill there would be other legal gaps related to the lack of regulation of the exercise of the right to reply and rectification and the elimination of the complaint procedure through the Ombudsman’s Office which would force those who consider their rights to be affected to seek private legal sponsorship.