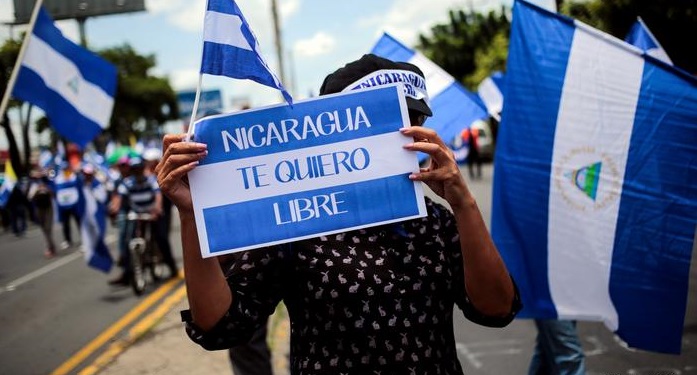 On April 12, ruling party deputies of the Sandinista Front presented before the National Assembly a bill to reform the Electoral Law. Among other points, the bill intends to oblige political parties to request authorization from the National Police to carry out public demonstrations during the electoral campaign. The request must indicate the date and place of the demonstration, at least one week in advance.

In turn, during the electoral campaign, which will last 75 days in the case of national elections, “the political expressions” which do not participate in them, will not be allowed to make propaganda or public demonstrations. The bill does not clarify, however, what is meant by or the scope of the term “political expressions”.

On the other hand, Article 81 establishes that those who do not comply with the provisions of the Foreign Agents Law and the Law for the Defense of the Rights of the People, among others, will not be able to register as candidates for deputies and other elective offices, a requirement that poses severe conditions based on a legislation that has been highly questioned by civil society and other sectors.

In this respect, the National Coalition – composed of five movements and two political parties of the opposition – pointed out that this initiative “places all its emphasis on excluding, inhibiting, violating rights and avoiding the competitiveness of the opposition, in the face of an adversary that reserves all the advantages to impose its continuity in the exercise of power, ignoring the popular will”.

The Coalition finally stated that the text of the bill does not include in any way the recommendations foreseen in the resolution of the General Assembly of the Organization of American States (OAS) on the reestablishment of democratic institutions and respect for human rights in Nicaragua through free and fair elections, nor the recommendations of the electoral observation missions of the OAS, the European Union and other specialized organizations.

Meanwhile, the Grupo Promotor de Reformas Electorales observed in an in-depth analysis that the bill removes the need to consult with civil society organizations for the appointment of magistrates of the Electoral Council, replaces the figure of electoral observer with the more lax figure of “companion” and limits access to information by eliminating specific obligations regarding the publication of electoral data. The bill is pending debate in the Committee and if approved, it will be debated in the plenary in the short term.