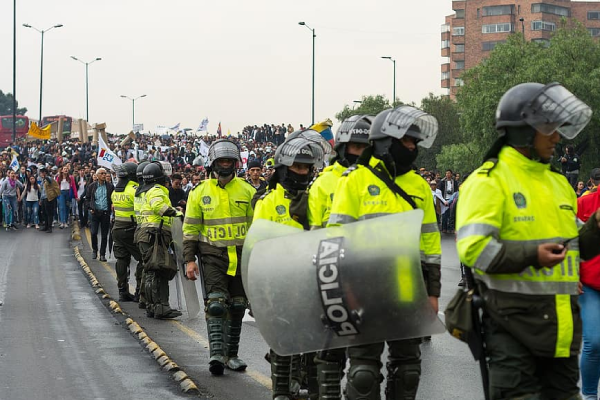 The opposition introduced a bill to reform the National Police

On October 9, opposition lawmakers introduced a bill in the Senate to reform the National Police. The initiative comes after complaints and demonstrations in September following a series of cases of police abuse and excessive use of force. The bill seeks to “strengthen the civilian character of the National Police”, prohibit and regulate aggressive police tactics and procedures, strengthen external control, and give impetus to the National System of Citizen Participation, among other provisions.

Despite the National Constitution establishing the Police is an armed body of civilian nature, the authors of the bill argue that a military approach has been used in crackdowns on marches and protests.

The bill includes recommendations from the United Nations around strengthening the civilian character of the force, prohibiting arbitrary and irregular practices and procedures, reformulating the policy of recruitment and training, and creating external controls and audit mechanisms, including the establishment of a National System of Citizen Participation. Currently, the National Police operates within the remit of the Ministry of Defense, which means, among other things, that crimes allegedly committed by members of the force are investigated by the military justice system. In regard to this, the bill proposes the body form part of the Ministry of the Interior.