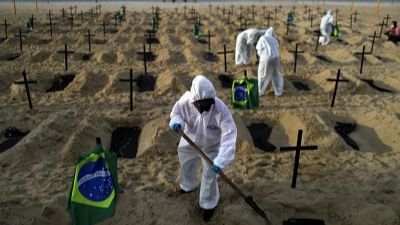 While the impact of the pandemic worsens in Brazil, the country with the second most infections worldwide, on June 5 the Ministry of Health decided to modify the methodology for disclosure of official data on the number of infections and deaths from COVID-19. After announcing that only daily statistics will be recorded in the reports, the government modified the figures that allow for a global assessment of the incidence of the disease. This is not the first change in the presentation of its data, but it is one that most compromised access to public information. On June 9, the government had to roll back the measure by order of the Federal Supreme Court following a legal challenge from three opposition parties. Before the decision was known, the president of Congress and the country’s main media groups had already pledged to start collecting the available statistics at the state level.